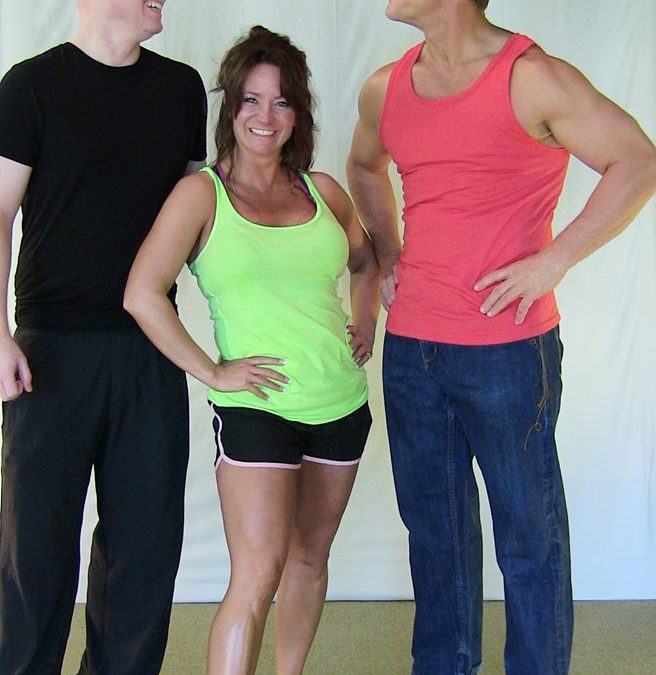 Something to consider: have you ever joined a gym? If so, you – like 55 million Americans and 131.7 million people worldwide – undoubtedly had your reasons. Don’t worry, we won’t ask, but in part that’s because we don’t need to.  As much as your motivations are uniquely their own, odds are they fall into one of a few broad categories.

You can probably guess most of them without even breathing hard. According to trainer Jason Linse, here are the top seven:

From a storytelling standpoint, this is useful information. It tells you that every time you write a blog post that touches on one of these areas, it’s going to resonate with a significant percentage of your clients and potential clients.

Which brings us to the idea of the client archetype. Clarification: before you start looking up Joseph Campbell on YouTube, we are referring here to a typical example of a certain person or thing rather than a recurrent symbol or motif in world literature. Think ‘trick’ (habit or mannerism) rather than ‘Trickster’ (cosmic character). *

Regardless of what type of business you run, the gym example is useful because it clearly demonstrates how to turn the different motivations that drive clients into stories that are both specific and universal. To illustrate, here are five examples from Yelm Bootcamp, a gone but not forgotten fitness company whose owners, Jamie and Amy Honey, have since moved on to highly successful careers as motivational speakers. **

Each example demonstrates the archetype, the motivation driving the person, and how Yelm Bootcamp, which eventually became Elite Fitness, was able to help them solve their problem or reach their goal.

When Candace McCloud first came to Yelm Bootcamp, she figured out a way to avoid talking with anyone. “I didn’t like organized groups. I had tried to do a CrossFit class before and it was miserable,” she says. “I can’t see without my contacts or my glasses on, so before I came to bootcamp, I would take out my contacts.  That way, I couldn’t see anybody’s faces. I sat at the front of the class and I just did what I had to do.”

At 40, she was tired of being tired and tired of feeling bad about herself. So as uncomfortable as it was, she kept coming to Bootcamp.

Motivation: Getting in shape for a specific event (and for life)

If you’ve heard of this long-distance obstacle course on steroids, you know it’s not for the faint of heart. Twelve miles peppered with challenges like an ice-filled pool, grown-up monkey bars, and vertical climbing walls, the event requires strength and stamina – especially when it’s based at Lake Tahoe’s North Star Ski Resort, with a beginning elevation of over 6,000 feet.

So when Jeevan Anandasakaran*** committed to taking on the challenge after seeing his brother complete it in 2014, he knew that his previously sedentary lifestyle as a computer programmer would need to be supplemented with regular workouts and a lot of running.

Following through on his commitment was the most important aspect of the event, he says. “It was about establishing credibility with myself. When I say I’m going to do something it’s not a joke. I put something out there and I have a choice to be somebody who actually does what they said they were going to do or not.”

In the months since, he’s continued to use Bootcamp for exercise, even though he currently doesn’t have such a large fitness goal in mind. “This is just who I am now,” he says. “It’s not a goal anymore, it’s just being healthy for life.”

Motivation: Socializing + getting in shape

After moving to Yelm from Vermont in 2012, Kim Sellon struggled with adapting to her new home. As a military wife she’d moved often, but the older she got, the more challenging it became. “This move took me away from my family,” she says.  “It’s hard enough just moving and meeting new people, but when you’re an adult, it’s even harder. Everybody seems to have their little groups and cliques.”

Then she discovered Elite Fitness and found the environment at the gym very welcoming and supportive. “It’s very energizing,” she says.  “It feels very home-like, as if you’re coming to see your family. Everybody’s been so encouraging, and I find that very inspiring.” The experience has helped her feel more connected to her new home. “It kind of gets you back to what life is really all about,” she says. “It’s community and engaging with others, building self-confidence and helping other people see that in themselves.”

Client Archetype: Woman on a Mission

For years, Ginni Ratcliff been gradually gaining weight without realizing it. “I was completely miserable. I hadn’t always been overweight,” she says. “It was funny because at one point I knew I’d gotten fat, but I didn’t realize that I could get fatter. I just thought, ‘I don’t want to deal with it now. I’ll deal with it later.’ That’s when I gained most of the weight.”

Everything was an effort. If she had to get off the couch, she would plan ahead so she could multi-task. “Finally, one day, I just said, ‘I can’t live like this anymore.’ I made up my mind in that second and I knew that this was the time,” she says.  “In that moment, it’s where it all happened. My body needed to catch up, but I’d decided.”

Her life has changed in many ways since joining Yelm Bootcamp. “I feel like life is effortless and promising,” she says. “It’s endless. Before I felt like nothing was possible. I might not be here today, honestly, if I hadn’t started on this journey. I’ve lost 112 pounds. Now, whether it’s related to my health or my fitness, it doesn’t matter what it is. I see possibility everywhere.”

Motivation: Progressing on personal fitness goals, getting in shape

Sandra started with Elite Fitness in August 2015 after overcoming a bad taste left by her previous gym experience over 20 years ago. “It just felt like a meat market,” she says. Put off by the impersonal and competitive atmosphere she didn’t try another training facility for decades.

“There’s such a variety of strengths here,” she continues. “Not everybody looks like they’re coming out of a Sports Illustrated swimsuit issue. That was the thing I didn’t like when I started going to the gym many years ago. It felt like I had to be that fit. I don’t feel like that here. What’s important is that I’m progressing.”

Having seen these examples, now think about your business. What are your client archetypes? Do you have individual clients with stories that could illustrate each one? Have fun with it and let us know if you come up with any really cool names for your categories.

** Jamie and Amy are entrepreneurs, speakers and the authors of Dare to Be a Better You! They will be speaking on the upcoming Think and Grow Rich World Tour. Click here to get tickets and use the code word HONEY to get substantial discount to the World Tour, thanks to Jamie and Amy!

***Full disclosure: That’s my boyfriend. Hooray for me!